"Deciding how to slice the trunk of a tree can be tricky. You are never really sure what you'll find inside. Its like cutting a diamond-cut one way and you'll get something beautiful, cut another way and you lose it all."

George Nakashima was born in Spokane, Washington in 1905 and grew up in the forests of the Olympic Peninsula. He received a Bachelor's Degree in architecture at the University of Washington and a Master's from MIT in 1930, as well as the Prix Fontainebleau from L'Ecole Americaine des Beaux Arts in France in 1928.

After spending some time in Paris, he traveled around the world and secured a job at the Antonin Raymond office in Tokyo which sent him to Pondicherry, India, where he was the onsite architect for the first reinforced concrete building in that country and became one of the first disciples of Sri Aurobindo.

When the war broke out, he returned to the U.S. via Tokyo where he met Marion, married in 1941 and was sent to the camps in Minidoka, Idaho in 1942 with his infant daughter, Mira. Through the sponsorship of Antonin Raymond, Nakashima came to work on his farm in Bucks County, subsequently rented a small house on Aquetong Road and then purchased a parcel of land where he designed and built his workshop and house.

Among many awards from the AIA and other prestigious institutions, Nakashima received the Third Order of the Sacred Treasure from the Emperor and Government of Japan in 1983 in recognition of the cultural exchange generated by the shows he produced in Japan from 1968-1988. His last show in the U.S., the retrospective "Full Circle" which opened at the American Craft Museum in New York, sponsored by the American Craft Council and curated by Derek Ostergard, marked him as a "Living Treasure" in the United States. This show returned to New Hope shortly before Nakashima's receiving his final award, Alumnus Summa Laude Dignatus, from the University of Washington one week prior to his death in June 1990. 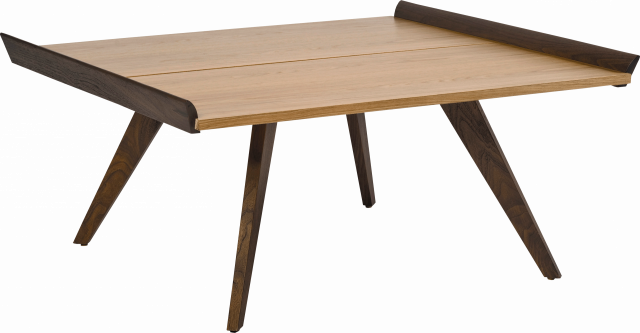